To get the full story on how this company came into being, check Our Story

Now, for a bit of background on Mark…

“I started life in rural Northamptonshire, the product of many generations of proud and happy working class labourers. I remember looking out of the window when I was seven and seeing a Harrier jump jet fly over the village. From that moment I knew I wanted to be a pilot.

I had my first flight in a DeHavilland Chipmunk at the age of 13 in the Air Cadets, went solo in a glider at 16 and passed my Flying Scholarship at Denham Airfield when I was 17. 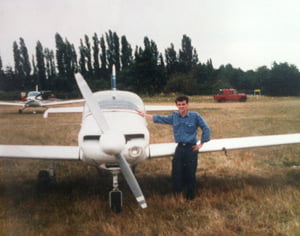 I remember my careers teacher almost laughing when I said I wanted to be a pilot in the RAF as he passed me a list of factories I should consider applying to!

14 GCEs and an RAF Sixth Form Scholarship later, I found myself with the Queens Commission at RAF Cranwell as a University Cadet, well on the way to getting my wings. 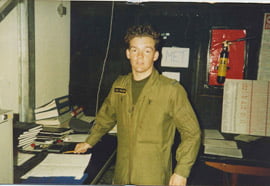 But, after witnessing some unsavoury things, I realised life in the military was not for me, so I resigned my commission in just before the first Gulf War.

I found myself in Manchester completing a BA (Hons) in Economics and then getting voted on to edit the student magazine for a year whilst I worked out what was next. 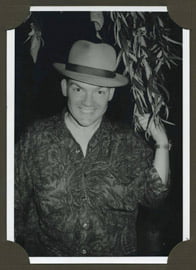 I got headhunted to work at the Daily Telegraph in London to help them create a student supplement to counter their dying demographic at the same time as finding myself churning out a lot of not-very-good poetry (I had to turn my Dad’s life support machine off at 17 after he suffered a cerebral hemorrhage: poetry was my outlet). 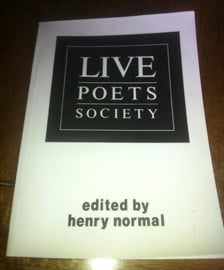 I called on other poets to “come out of the closet” and found myself at the head of the “Live Poets Society”. We got published in a book and were soon doing live performances. Somehow, this got me on the stand-up comedy circuit, and I remember earning £90 for supporting Alan Davies in a pub in Birmingham. As a 22 year old in 1991, this seemed like a fortune for ten minutes work (even though I died on my arse).

Then came the idea to set up a theatre company. I couldn’t afford to go to drama school, so I decided to just hire a theatre and put on a play.

This is when I first discovered the need for marketing. I had seats to fill with bums!

I ended up producing 10 plays, putting my Moss Side house up as collateral every time (I had blagged a mortgage on a £26k terrace house when I was a student).

I went on to make a few comedy pilots for TV, and act in a few TV shows (including Phoenix Nights) until I decided to start my own marketing agency in 2000.

The rest of my business story can be picked up on our about us page.

I currently live in Cheshire with my wife, five children and no pets and keep my hand in theatre whenever the right job comes up. 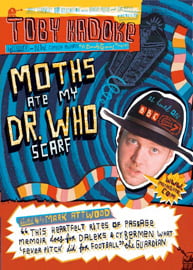 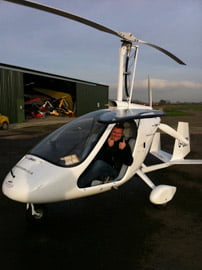 In 2007, I produced and directed a Doctor Who comedy show (and it’s sequel in 2012) which has played in the West End, toured in the UK, USA, Canada and New Zealand and got made into a Sony Award-nominated radio drama for the BBC.

I also love to fly whenever I get the chance – whatever I can get my hands on: light aircraft, microlights, gyroplanes. You can read my flying blog here: markattwood.net

Suffice to say, I love “intentional marketing”, that is marketing that helps people find what they are looking for, where the intention is to help them solve a problem. I also love helping other people reach their potential online, which is why I started this business.

As for the other kind of marketing that convinces people that aspartame is healthy, that formula is better than breast milk, that banks are nice… I’m with Bill Hicks:”