The Power of Suggestion in Video Marketing

I did a talk last night on the Power of Video Marketing at the Chartered Institute of Marketing event at the University of Westminster cinema, which is apparently the oldest cinema in London. On the way to the event, I had the idea of doing a little experiment to illustrate the power of a human being telling people to do something over reading the written word (ie. copy).
I planned to tell everyone in the room to stand up. In my head, I was expecting maybe 70{4d2303c3d7018ed3e1a955ec2105d2bcecc5b881e14ee890535c5ae577f46e7a} to follow my command. My joke was then going to be to say “that’s a 70{4d2303c3d7018ed3e1a955ec2105d2bcecc5b881e14ee890535c5ae577f46e7a} conversion rate. Put your hands up if you did not stand up…that’s the upsell”.

To my surprise, everyone in the room stood up!

Many thanks to the organisers for asking me to speak there: Phillip Preston & Phillipa James (who owns this fantastic anti-snoring device which I’ve just bought for myself: http://www.breathingrelief.com/ ) and apologies to the excellent Jovan Marić from Square Daisy for missing most of his talk because we had to catch the last train back to Manchester (which was delayed, ironically). 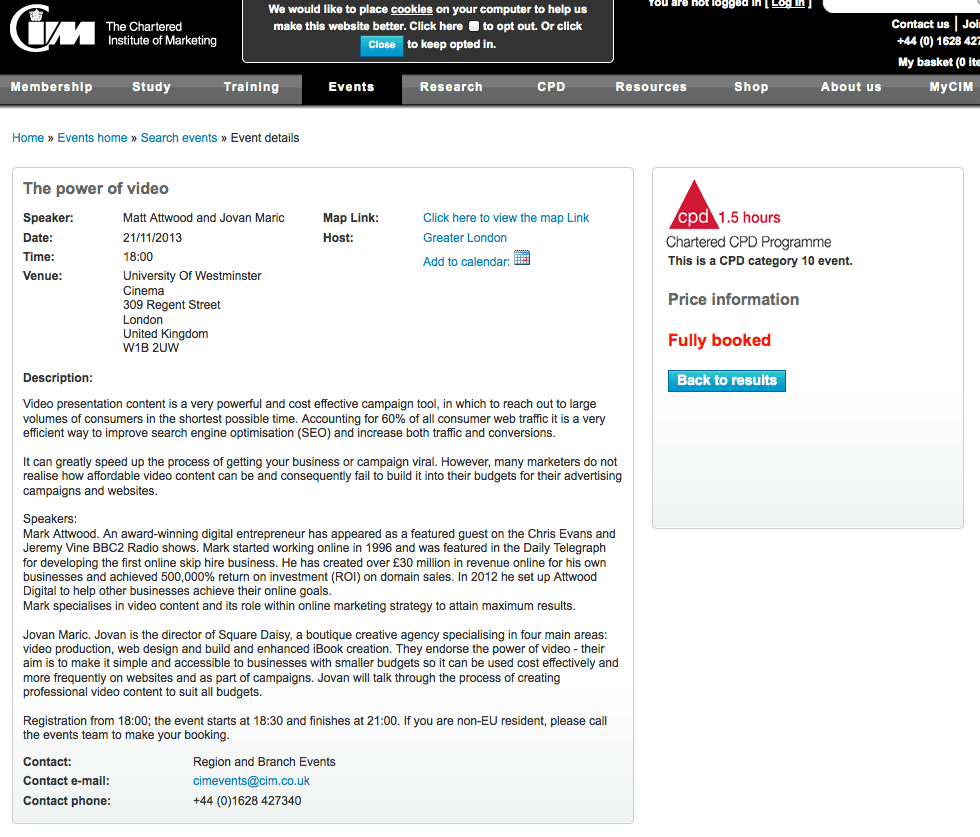