Column D for Doom. The spreadsheet column you NEVER want to see…

I was with a prospective client yesterday. We had a nice chit-chat about the whole online thing, during which we discussed his three/four years experience with a large SEO company.
He said they’d being “doing SEO” for him and charging £500 a month for it. He also said they’d dropped off a cliff-face in Google last summer and he was a bit frustrated that they had no explanation for it.
I smelt the trail of a black and white bamboo-munching bear and his pal…


…the black and white bird that can’t fly and walks with a waddle,

so I  said we’d run a toxic link report, just to be sure. He immediately understood the implications of toxic links and found it amusing his SEO agency had never mentioned them to him.
In our report for him, this is what column D looks like (in fact, this is just sheet 1):

You don’t want to see this column.
If you do see it, you need to work with us to get these links removed in a way that gets Google to send you an email like this 8 weeks later: 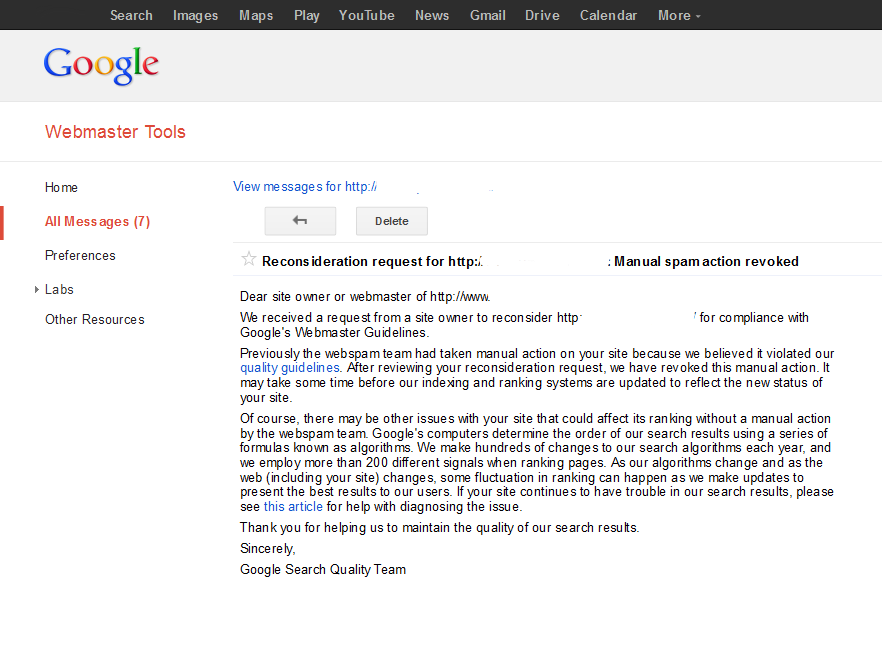 For those of you that don’t know what a toxic link is – it doesn’t really matter. You just need to understand that you should:
(a) get someone like us to check if you’ve got some
(b) get them removed safely
How do we know this? Because we’ve suffered with toxic links ourselves at the hands of the Panda and the Penguin. When you’ve been doing SEO as long as us, it was bound to happen on some of our sites. Stands to reason.
Stuff that worked yesterday does not work today. Google’s algorithm finally matches it’s ambitions. It’s a good thing.
So, have you got a column D?
Share on Facebook Share
Share on TwitterTweet
Share on Google Plus Share
Share on LinkedIn Share